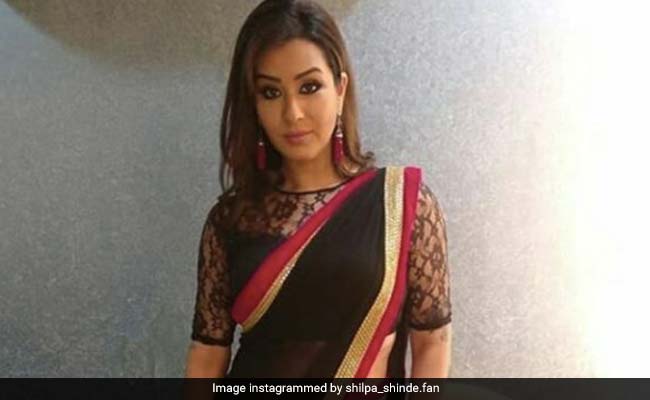 After exchanging recriminations via interviews in the media, actress Shilpa Shinde has released a screenshot of an email exchange she had with Gangs Of Filmistan co-producer Neeti Simoes as evidence that she raised her concerns about the show before it became controversial. Ms Shinde, a major TV star and former winner of Bigg Boss, quit the sketch comedy show this week just as it began airing; she gave as reasons for her departure co-star Sunil Grover’s presence on Gangs Of Filmistan as well as COVID-19 safety guidelines allegedly not being followed on set. Sisters Preeti and Neeti Simoes, who are the showrunners, have claimed to have been blindsided by Shilpa Shinde’s allegations.

Shilpa Shinde shared the screenshot with these words: “Stop telling lies as I had already emailed you on August 29, 2020, regarding my issues and wanted to end this matter on happy note and you have replied too. I’ve also received flowers and a note stating ‘Get well soon and missing you at the sets.’ Hence kindly stop this drama. I’ve been unwell while shooting at your sets and currently have COVID symptoms. No one is paying for this but only I have to face… So at least what you could do is not to spread that you are trying to contact me and all.”

In the email exchange, Shilpa Shinde writes to Neeti Simoes on a variety of concerns including “no proper briefing,” an allegedly “one-sided contract,” last minute changes in scripts, shoot hours extending beyond the target pack-up time, and inadequate costume fittings. Ms Shinde’s email also devotes an entire paragraph to Sunil Grover, with whom she appeared on the comedy show Jio Dhan Dhana Dhan in 2018.

“I mentioned that I would not like to work with Sunil Grover simply because I don’t want to be working as a prop for the show as he loved to do every single thing and there is absolutely no match to his level of energy,” reads part of Shilpa Shinde’s email. She also claims to have discovered Sunil Grover’s involvement in Gangs Of Filmistan independently: “I learned it from outside that Sunil is a part of the show and upon seeking clarity from you about the news, you confirmed that his part is different from mine and we won’t be shooting together.”

The email is dated August 29 – two days before Gangs Of Filmistan began airing. The screenshots shared by Shilpa Shinde show this response from Neeti Simoes the same day: “Hi Shilpa, we would not like to make you a part of the show if you are not comfortable. However, let’s speak once tomorrow. I will understand all your grievances and we can arrive on a substitute conclusion for you. We will always end thing at a positive note.”

In previous interviews to various publications, Shilpa Shinde has maintained that safety guidelines were not followed on set except while shooting the promo of the show and that she recently began feeling unwell; she also claimed that scripts were not ready on time or were changed at the last moment. As for her reasons for being reluctant to appear in a skit with Sunil Grover, Ms Shinde told Indian Express, “He is a great man, and a great actor. However, I feel he wants to hog all the limelight when he is performing. This is unfair to other actors. The makers are promoting the show as Shilpa’s comeback and they have literally pushed me to the back.”

Shilpa Shinde has also expressed concern about her screen time. “I am not making a comeback to stand behind in the crowd and clap,” she told Times Of India, “I am not at all shown on the show. I can’t work like this and I hate lies. I don’t want to get exploited. The makers lied to me.”

In an interview with Pinkvilla yesterday, Preeti Simoes claimed that Shilpa Shinde had only spoken to them “via media” and had failed to raise her concerns directly with the producers. She denied that scripts were sent or changed at the last minute and that safety guidelines were disregarded on set. “The team is surprised at her sudden reaction as she did not communicate her grievances on sets. I don’t know what the problem is,” Ms Simoes said.

Shilpa Shinde famously starred in the TV show Bhabi Ji Ghar Par Hai from 2015 to 2016. She later participated in Bigg Boss 11 and won the season.